Re-Match secures strategic partner for launch of entity in France 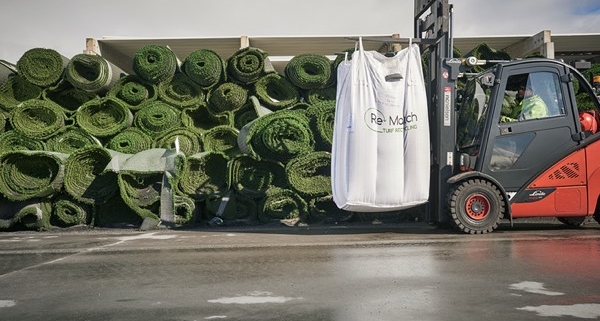 The new facility, which is part of the second wave of Re-Match’s strategy roll-out, will cater to an increasing demand for a sustainable solution to the handling of worn-out turf in France and neighbouring countries.

Re-Match, based in Herning, Denmark, has developed a patented and EU verified environmental technology* for recycling artificial turf. The process downsizes, cleans and separates turf from e.g. football pitches into the original raw materials; sand, rubber, backing and plastic fibre, which can then be used in new production cycles. The first Re-match factory has been in operation since 2016. A second factory in the Netherlands is expected to be operational in 2021 and the third facility will now be placed in the North-East of France. This follows the expansionary strategy laid out by Re-Match and its lead investor, Nordic Alpha Partners.

The strategy entails the building of state-of-the-art, digitalized facilities in several locations across Europe and North America – all with the capacity to recycle 250 full football pitches – equivalent to 350 million plastic bags – every year. The French factory will be built to the same template and will have a catchment area that other than France includes Switzerland, Austria, Southern Germany and Northern Italy.

“We are happy to take this next step on our growth journey and to enter the French market with more than 4.000 installed pitches,” says Partner in Nordic Alpha Partners and Chairman of Re-Match A/S, Laurits Bach Sørensen and continues: “I believe that our unmatched solution for recycling of artificial turf will be a good fit in a country where there is increasing focus on sustainability and a drive towards circularity. This new investment also marks the beginning of the second wave in our expansionary strategy, which alongside France, includes locations in both EU and North America.”

Re-Match France will be established as a joint venture between Re-Match A/S and a group of French investors headed by Eric Levresse, who will also become CEO of Re-Match France.

“As a part of our strategic analysis we have concluded that in some regions the ideal approach is to secure local business experience, networks and investments. This is why we are happy to welcome Eric Levresse and his group of investors into this joint venture around Re-Match France,“ says CEO of Re-Match A/S, Dr. Stefaan Florquin. “Re-Match will supply the machinery and the know-how – and our partners will contribute with their extensive experience and knowledge of the business environment – and with their network.”

“I am proud be heading the establishment of Re-Match in my home country”, says Eric Levresse. “As established in a recent report by the international environmental consultancy, Ramboll, Re-Match offers the most advanced and only EU certified recycling solution on the market and consequently also in France. So, when I decided to bring true turf recycling to the country – of course I wanted to do it with the best technology available and with this, we can save the environment from 100.000 tons of CO2 – every year.”

Building a factory and a strong team

Eric Levresse has located a number of suitable sites for the French factory which will be built using the same approach as the other new factories in Re-Match’s roll-out strategy.

“The blueprint for these factories is the result of methodical work towards creating a factory concept that can be replicated throughout the western hemisphere. So, it is with great anticipation that we will start implementing this concept in France together with Eric Levresse and his team of investors,” says Dr. Stefaan Florquin.

While Re-Match A/S and its sales offices in the Netherlands, Germany and the Nordics will contribute to the process of getting Re-Match France up and running, a French organisation is also in the works.  “I believe it is important to build a strong local team that among other key competencies also has experience within the turf industry – so this is one of my top priorities in the months to come”, says Eric Levresse.

Answering the call of French municipalities

Although the public debate about recycling of artificial turf has not been as prominent in France as it has in e.g. the Netherlands, Norway and Germany, there is a strong drive towards ensuring sustainable solutions and establishing circular economies – not least among municipalities and local authorities.

“What Re-Match does differently is, that we are able to return the materials that were used when making the turf – back into its original components – while offering full traceability,“ says Eric Levresse, and adds: “The fact that 95 per cent of the material which is put through the certified Re-Match process is fully recycled, provides an opportunity for both the French turf industry and its customers to rethink what to do with the worn-out turf and its impact on our environment.”

(*) ETV (Environmental Technology Verification) is an EU programme which uses third-party verification to analyse the performance of innovative environmental technologies and to establish if the product or service delivers what it promises to. In addition, the technology also has to be eco-efficient and deliver one or more environmental advantages and as such either save energy, clean water or release fewer emissions.

In 2016, Re-Match underwent a thorough validation and verification process and was accredited with the EU ETV certificate – documenting that Re-Match offers a proven, consistent and eco-efficiency process for recycling worn-out turf which also reduces emissions. Re-Match is the only turf recycler which has received ETV verification.

Re-Match named among most promising impact startups
Scroll to top